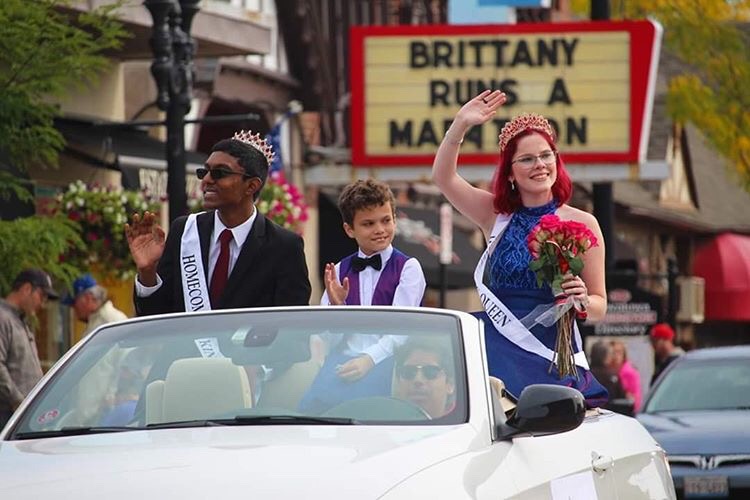 “Winning and being in the parade was an amazing experience,” Salley said. “I was smiling so much my face was twitching at the end.

Both King and Queen agreed that the homecoming court experience was unlike anything they’d imagined, and each winner shared common opinions on their journey.

“It was a lot of fun being in the assembly, parade, and football game. Winning was just an added bonus,” Voruganti said. “The assembly was definitely my favorite part. It was a lot of fun and the Jesse White Tumblers were really good! All my friends were there and ran to me after the assembly ended, and we took a giant picture which was super cool. I didn’t have a least favorite part, I enjoyed the whole experience.”

After all the homecoming festivities that the two had to participate in, such as the parade and making an appearance at the football game, Salley gave her crown to a hospital patient currently fighting cancer, Jenni.

“It was the idea that I could earn something for another person that kinda motivated me,” Salley said. “Buying a crown is great and all, but I wanted to prove that people can do anything, so I went for the challenge.”